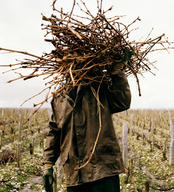 Romano Dal Forno is a local legend. “The rest of us take vacations, occasionally play a round of golf in the afternoons,’ said a major Veneto- wine producer, ‘But not Dal Forno. He works every day. He not only knows every bunch in his vineyards – he knows every grape!”

Romano Dal Forno only established his estate in the 1980s but in Nicolas Belfrage’s words “has climbed to the maximum heights which Valpolicella, Classico or otherwise, is capable of attending.” Romano is the undisputed leader of the new wave in Verona’s winemaking although his small estate is to be found outside the so-called Zona Classica for Valpolicella, at Illasi. From 8 hectares of vineyard this vigneron-winemaker gets the best out of the Corvina and Rondinella varieties with small yields and rigorous selection during the harvesting.

The house speciality is Amarone, but he makes Valpolicella with the same care as well. Fermentation and maceration are designed to extract maximum varietal character from the grapes. Dal Forno has adopted the use of barriques and has been working on ways to ferment the sugars completely out in wood, as if the wine were white. This style of vinification gives the oak a decisive role in the ageing process, without letting it dominate completely. Romano is also experimenting with an ultra-traditional red Recioto and a tiny parcel of fabulous white “passito” wine.

The Dal Forno family considered the idea of releasing their Amarone ten years after the harvest. If that plan had been implemented, this would be the vintage on the market now. The 2009 Amarone della Valpolicella Monte Lodoletta is a full and generous expression that delivers thick lines and robust flavors of dried blackberry, camphor ash, exotic cedar wood, licorice and tarry road pavement. This vintage saw average temperatures throughout the growing season with a few hail storms along the way. Very dry weather led to some mild drought in July and August, with ensuing ripening and concentration of the clusters. I found this monumental wine to be irresistible when I first tasted it five years ago, and I consider it to have improved since then. This is one of the most complete and comprehensive vintages produced at Dal Forno, and it gives us an ample 360-degree view onto the night, brawn and potential of this icon wine from the Veneto. Its evolutionary track shows no sign of slowing down.

Production was skipped over in 2007 due to extreme hail damage. The fruit that would normally be destined to Amarone went to the lower tier Valpolicella Superiore instead. The 2008 Amarone della Valpolicella Monte Lodoletta marks a return to a slightly cooler vintage with a longer growing season slowed down during the summer’s moderate temperatures. Indeed, harvest was wrapped up during the first days of November. The blend is mostly Corvina, at about 60%, with smaller parts Corvinone, Rondinella, Croatina and Oseleta. The new Dal Forno winery was finished in 2008, complete with the unique vacuum-sealed fermentation tasks that help to avoid any intrusive oxygen during winemaking. Indeed, this wine is balanced and elegant with fruit that is still crunchy and very much alive. The tannins are firm and nicely integrated into the wine’s thick, fleshy consistency. This vintage is characterized by a very elegant and graceful approach, which must be taken into context given the enormity of a wine of this caliber. Happily, there is no doubt that this vintage should still evolve steadily over time.